I returned to my room to find it undisturbed, except for one thing– a letter sat on the desk, just like MONO-9000 had said. It took me a while to work up the nerve, but eventually I picked it up and turned it over in my hands.

The envelope was plain except for the red emblem on the front, same as the one spray painted on the door. And inside the envelope was a single sheet of paper…

I didn’t even have to read the contents before I got my first shock.

The shimmery letterhead at the top of the paper belonged, without a shadow of a doubt, to Hope’s Peak Academy– I’d seen it before, at the top of my acceptance letter. I’d known that there had to be some connection with the school, given who my fellow prisoners were, but I didn’t expect it to just… stare me in the face. What did it all mean?

The contents of the letter were much less elegant, short and printed in harsh red letters…

“Timaeus Woodworth, Ultimate Librarian, once stole a book from a school library."

…What? When did I do that? I squinted at the paper for a few moments in confusion before… ohhhh now the repressed memories came flooding back in. But… 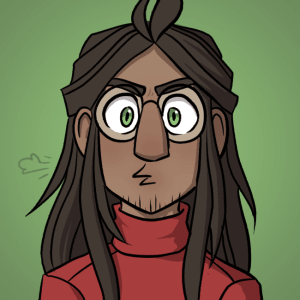 Timaeus
Wh… C’mon! I was, like, eight years old!

It was my favorite Magic Tree House book… I had accidentally spilled orange juice all over it, and I was too embarrassed to tell anyone, so I hid it in my room. I still felt kinda bad about it, but…

Was this really the kind of stuff MONO-9000 expected us to kill over? Even the cold ravioli thing would’ve been more effective… I wasn’t sure whether to be annoyed or impressed at the sheer pettiness of digging up dirt on me from elementary school.

I sighed and continued reading.

“Vasundhara Mwamba, Ultimate Knitter, hospitalized a student for weeks after a fight."

Now that sounded… much more concerning than mine. But I knew I shouldn’t take this at face value, either. Maybe it was self defense? Or an accident? Or there was a side of her she didn’t like talking about– 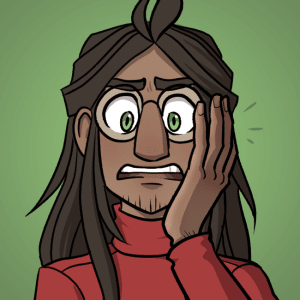 Timaeus
No! Keep it together, Tim. It’s probably nothing to worry about…

Assuming the worst was exactly what MONO-9000 wanted us to do, right?

I hadn’t talked to Vasundhara all that long, but she seemed like the last person on earth (or above it) to want to get into a fight. Surely she’d have a perfectly reasonable explanation if I asked her about it! And even if she didn’t, well, Ishi’s gotten into more than her fair share of fights and she’s still a good person… Though she doesn’t usually send people to the emergency room.

Either way, the point was, MONO-9000 had some seriously low standards if it thought this would drive us to the brink of murder. What was it trying to pull? Did the others really have secrets that bad…? 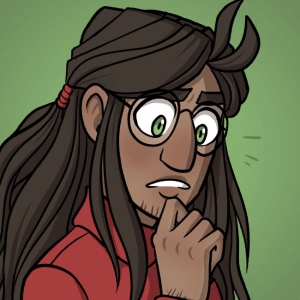 Timaeus
I wonder who else is going to show up tomorrow…? Ah, I’m talking to myself again. 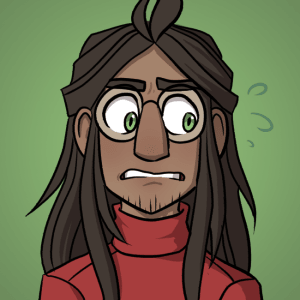 Timaeus
Unless MONO is listening in. What a creep.

I gave the little screen in the wall a sour look, just in case it happened to be watching. Should probably be a little more careful about what I say out loud in the future…

It was getting close to suppertime now, and my stomach was rumbling again. Half a poptart and a cinnamon bun– that’s right, MONO-9000’s announcement had spooked me into forgetting my ramen in the microwave, again. It must be a soggy mush by now…

So I headed off to the cafeteria once more, to hopefully find a more substantial meal.